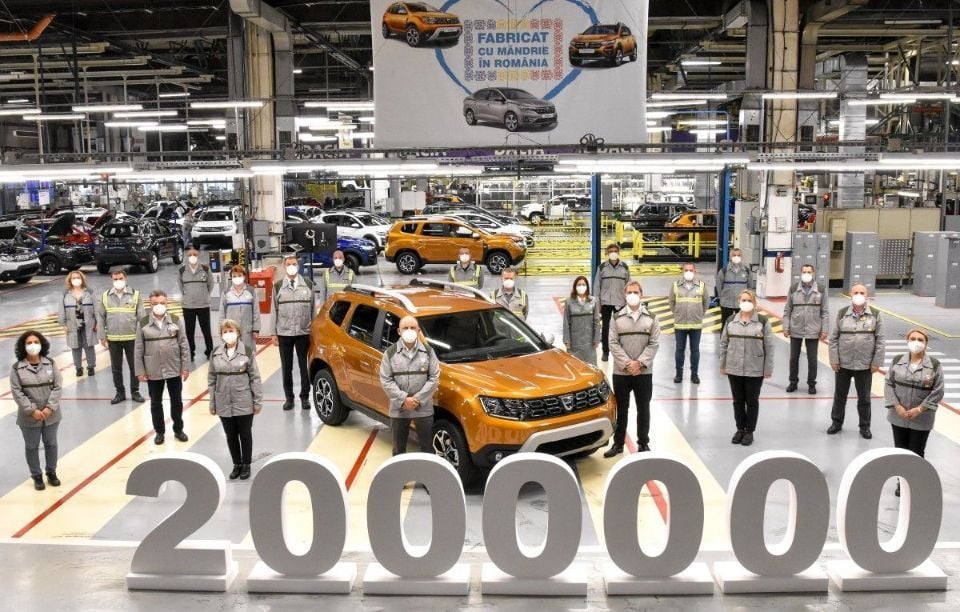 Just a few months ago, specifically in February, we found out that the Dacia plant in Mioveni had stopped its activity due to the global semiconductor crisis. The situation looked dire as it affected 50% -60% of the production activity and approximately 8,000 workers.

Today we know for a fact that, on the 13th of May, the Dacia plant in Mioveni has reached a production of 2 million units for the Duster model. This milestone is a huge accomplishment considering, ever since late last year, all carmakers' operations have been affected by the shortage of semiconductors, as global manufacturers mainly supply producers of smartphones, tablets and gaming devices.

The model that just came off the assembly line and marks the milestone is part of the limited series Duster Avantaj ECO-G 100 (engine with mixed petrol / LPG) Orange Atacama and is intended for a customer in Romania. Manufactured at a rate of 930 vehicles per day (over 90% are intended for foreign markets), Duster is the most produced model of the Mioveni plant.

The Duster model was first presented to the world in March 2010, at the Auto Show in Geneva, the second generation being launched in 2017. Ever since its launch in Romania, the Duster model has been evaluated as the undisputed leader of the SUV segment.

"Duster is a national symbol of success. A model that was intensely worked upon and in which employees in all trades and activity domains of Renault Group in Romania have contributed. I have a feeling of great joy that, together with colleagues, we managed to exceed the challenges of the past year and mark today, together, a historical figure," said, according to the release, Miguel Oliver-Boquera, director of the Dacia Vehicle Plant and coordinator of the industrial platform at Mioveni.

In the past decade, the model was delivered to clients in 44 countries in Europe, North Africa and Asia.